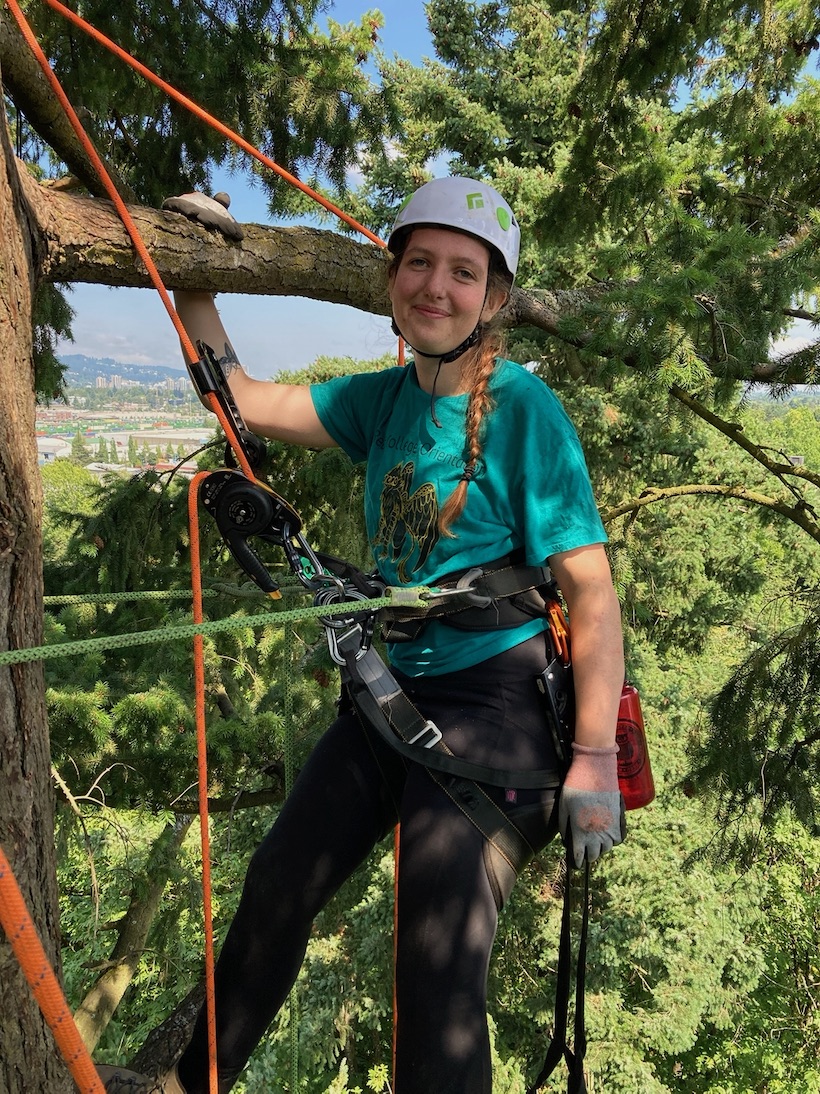 I'm a first-year PhD student in biology with an emphasis in ecology, evolution, and organismal biology at the University of Utah in Salt Lake City. My research focuses on plant ecophysiology, the intersection between plants and their environment. Specifically, I am interested in better understanding how anthropogenic drought and wildfire will impact the forests of the future.

I'm starting my PhD in the lab of Dr. Bill Anderegg, a plant ecophysiology professor in the School of Biological Sciences at the University of Utah. Dr. Anderegg's research focuses broadly on how climate change — particularly drought — will impact forests at range of spatial scales, from individual tree physiology to forest ecosystem health. As a new student, I have not began my own research yet, but I'm hoping to explore the effects of the interactions between wildfire and drought on tree physiology.

I recieved a Diack Award from the Reed College Biology Department in summer 2018 to fund the research project I proposed in conjunction with Dr. Aaron Ramirez, Assistant Professor of Biology at Reed College. My project aimed to elucidate the effects of elevation and slope aspect on the drought physiology of Bigcone Douglas-fir (Pseudotsuga macrocarpa), a rare conifer endemic to the steep, arid mountains of Southern California's Transverse Range. I presented a poster of my findings at the 2018 Reed Summer Research Poster Session. A manuscript of these results has been written, and we hope to send it off for publication within the next year, along with several other papers that explore different aspects of Bigcone Douglas-fir physiology and drought and fire response.

Collaboration with the Smart Trees Project

The Smart Trees Project is a recent collaboration among several colleges and universities in the Portland Metropolitan Area that aims to address the question of how trees native to the Pacific Northwest are responding to warmer urban temperatures. To do so, researchers involved in the project have established three field sites along an urban-to-rural gradient: "warm-urban" site in suburban Southeast Portland, a "cool-urban" site at Powell Butte, and a "cool-rural site" near Sandy, OR. As part of the Reed College collaboration on the project, headed by Dr. Ramirez and NSF Postdoctoral Fellow Dr. Hannah Prather, I assited in collecting data on drought stress (water potential), drought acclimation (construction of vulnerability curves), and some data analysis of temperature data from the equipment installed in the canopies of Douglas-fir trees at the project field sites. Most of the data collection has been focused on the tree species Douglas-fir (Pseudotsuga menziesii), a widespread and important forestry tree in the Pacific Northwest. However, the study has now began to branch out (pun intended) into exploring the health of two other native tree species, Western Red Cedar (Thuja plicata) and Bigleaf Maple (Acer macrophyllum).

As a senior at Reed College, I spent two semesters working with Dr. Ramirez to design and carry out an experimental undergraduate thesis. I explored whether three species of trees native to the Pacific Northwest (Douglas-fir, Bigleaf Maple, and Coast Redwood (Sequoia sempervirens)) are capable of absorbing water through their bark in order to reduce drought stress. If you're at all interested in my thesis work, you can read my thesis here.

In summer 2017, I worked for Dr. Keith Karoly in the Reed Herbarium as a part of the Marttala Memorial Fellowship. I learned to prepare, mount, and database herbarium specimens. Some of the finished specimens were placed in the Reed Herbarium, but most went to PSU. All of these specimens and more can be found online at the Consortium of Pacific Northwest Herbaria website.

Journalism with The Reed College Quest

As an undergraduate student, I spent three years working as an editor and writer for The Reed College Quest, the campus student-run newspaper that publishes weekly during the academic year. I worked with a team of student editors to recruit student writers, lead weekly writers' meetings, contribute articles, and edit and lay out the newspaper each week. Many of the articles that I wrote, from November 2018 onward, can now be found online.

I believe it is incredibly important to make scientific research accessible to non-scientists, and my experiences working at The Reed College Quest have helped me to develop skills in communicating concepts clearly and concisely. I plan to to use these skils to effectively communicate my own research to as broad an audience as possible.

During my last two years at Reed, I worked as a student teacher through the Reed College Science Outreach Program. Together with my teaching teams of one to two other students, I planned and taught weekly lessons to fourth- and fifth-grade students at underfunded elementary schools in Portland. These lessons focused on exploring basic scientific concepts, including the water cycle, food webs, and the greenhouse effect, through the lens of climate change. I hope to be able to use my experiences teaching science through this program to be an even more effective teacher in the future.